Water Testing, Hard Water, and How You Can Keep Your Water Safe 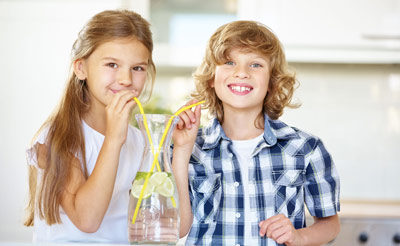 Hard water is something that plagues many households in America. Your home might have hard water, and you may not even realize it. Since you use the water in your home for everything–showering, drinking, washing–it’s important to know if it’s safe. This article will discuss water testing, hard water, and how you can keep your water safe in your home.

Why is water testing important for your home and health? You need water to survive. A human being will die faster from dehydration than they will starvation. However, the quality of water that you receive is just as important as the quantity. Water may not just be H20. It can often contain minerals that aren’t necessarily the best for you to ingest. Luckily, there are methods that can be utilized to help purify your water and ensure that what you take into your body helps you rather than hinders you.

The presence of lead in water is the most reason scare when it comes to water purification and safety. Lead can severely damage a child’s development. It can also harm adults. It’s also only one of the many threats that could be lurking in your water. Read on to find how water testing can save your life and the lives of your family.

Have you heard of hard water? How can water be hard? Hard water describes the situation in which water contains minerals within it. In some cases, the minerals are harmless. In fact, when the minerals present are iron, calcium, and magnesium, it’s even considered to be beneficial to drink. You’ve likely heard of mineral water that you can buy at the store. That water is similar to hard water in that it contains trace elements of certain minerals that are good for you.

However, hard water that has not been purified, like that in your home, might also contain other dangerous elements within it. Lead has recently become a major concern for many families. When exposed to it in large quantities–even in small quantities–it can have life-altering effects on your health.

Other problematic minerals and elements like arsenic have been present in water before. Arsenic is poisonous for humans. Drinking too much of it can result in severe bodily harm if not death.

Yet minerals aren’t the only things present in hard water. Viruses and bacteria can be lurking within the water as well. This is because many people with hard water get their water from a well. These wells are buried under the ground. They rely on rainwater to seep through the ground and enter the well. It’s then pumped into the house when it’s needed. While wells are helpful in that they offer a consistent supply of water for a household, they also present a biological threat.

This should cause you some concern. Hard water can even build up with sediment over time and trap bacteria and viruses within it. The moisture allows them to grow and develop until they’re eventually released and end up either down your throat or contaminating something else.

You may not immediately know if you have hard water if you’ve never experienced a life without hard water. This is a condition that doesn’t affect just households with wells. Even those in urban areas can experience hard water. Here are a few signs that might indicate that you possess hard water.

One of the first signs that you may notice is an odor. Water that smells metallic could be because it contains a high amount of iron inside of it. Water that smells like rotten eggs could be because of the presence of bacteria. You may even find that your water smell likes soil or dirt. That’s because your water may actually have some dirt inside of it or contain algal blooms.

The taste might also be off. Perhaps it doesn’t taste like pure water. Instead, you might experience a metallic or dirt taste. Both of these indicate that you have hard water.

You can also see hard water in terms of its stains. If you notice that your toilet or sink has brown streaks or spots that almost look like rust, then you likely have hard water. The iron in the water can basically form rust.

Another sign of hard water is if you have a lot of soap scum. This isn’t the soap itself but rather calcium deposits that the water has left behind. Soap and calcium aren’t the greatest at mixing together, so you’ll have to do a lot of scrubbing until you fix your water issue.

If you’ve noticed that your shower head keeps becoming clogged, then it might be due to the calcium and iron deposits building up inside of it. It keeps the water from getting through the small holes.

Even your plumbing can suffer from hard water. Sediment from the minerals can start to build up and create a thick clog that makes water flow impossible. If left unsolved, this could lead to a pressure problem. Your pipe might burst.

Because soap has a difficult time with calcium, it can be difficult to remove soap from your body. As a result, your skin might become dried out and irritated. If you’ve noticed that anyone in your family, if not yourself, is experiencing worsened eczema, then it might due to hard water.

Finally, if you notice that certain appliances that utilize water aren’t working as efficiently, then it could be because of hard water. The sediment builds up in the pipes for the dishwasher or the water heater, for example, and makes it have a harder time running and pushing water in and out of it.

Clearly, hard water can be terrible for both your health and the health of your home. Luckily, there is a solution that can solve both of those problems. It’s known as water softening.

Water softening describes the process of removing calcium and magnesium from water. It basically “softens” the hard water. This is done through a device that is either attached to the faucet or the water tank, itself. In some cases, you can even get a water purifier that softens it as well. However, for those who want to solve the hard water issue throughout their house, then the best option for them is to have a water softener attached to the water tank.

Water softeners work by ion exchange. As water travels through the softener tank, there are tiny resin beads that catch the calcium and magnesium. Instead of letting those minerals slip through into the water, the softener instead adds in sodium or potassium into the water. This creates softer water.

Over time, the beads become filled with calcium and magnesium. Salt water is added into the tank to wash the calcium and magnesium from them and into a waste pipe or dump tank. This process is known as regeneration. It’s a process that can be scheduled or you can let your tank’s sensors tell it when it needs to regenerate.

There is another solution that households who suffer from hard water might want to consider, too. Water conditioners are similar to water softeners except they don’t use ion exchange. In fact, they don’t remove calcium or magnesium from the water at all. Instead, it changes certain chemical structures within the water to ensure that the scaling that occurs with hard water is removed.

Without the scaling, households typically notice that their appliances work a lot better, there’s less spotting or streaking on their toilets and sinks, and they have fewer clogs. Water conditioners offer the same basic results as a water softener except households are still able to drink the beneficial minerals in the water.

Which Is Right For You?

Both water softeners and water conditioners can be effective methods of removing hard water from your home. For those who want the hard water completely gone from their lives, then you might want to make the larger investment and have a softener installed. For those who want a more affordable option, then a water conditioner might be more appropriate.

4 Things You Should Know About Hard Water

Are you curious about the effects of hard water in your home? It’s an interesting phenomenon that has far-reaching effects. Click here for more.

How Often You Should Have Your Water Tested

Have you gone a while without getting your water properly tested? It may be time to do so, especially if you’ve never done it before. Find out more here.

Book Now
This website uses cookies to improve your experience. We'll assume you accept this policy as long as you are using this websiteAcceptView Policy
Manage Cookie Consent
To provide the best experiences, we use technologies like cookies to store and/or access device information. Consenting to these technologies will allow us to process data such as browsing behavior or unique IDs on this site. Not consenting or withdrawing consent, may adversely affect certain features and functions.
Manage options Manage services Manage vendors Read more about these purposes
View preferences
{title} {title} {title}