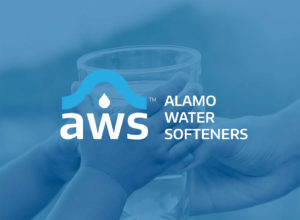 The water coming through your tap is so valuable. It helps you to cook, clean, shower, take a bath, and do laundry. Some families also drink it. However, the water being pumped into homes are not always of the best quality. Take hard water for instance. Hard water problems can be a real sore point for both new and seasoned homeowners, especially if you don't know how to solve the issues it can create. Fortunately, you came across this article that has all the important facts and gory details about hard water, common problems it causes, and steps you can take to improve the water quality at your residence.

What is Hard Water?

Residential water is categorized as "hard" and "soft." However, hard water is more common in US homes. In fact, the U.S. Geological Survey finds that 85% of homes in the nation get hard water. This means that it is very likely that the water running through your taps contain a high level of dissolved minerals, mainly calcium and magnesium. There's also various degrees of hardness occurring in different cities. Nevertheless, these minerals get into the water from the soil around the water supply well. Groundwater dissolves small amounts of these minerals when it moves over soil and rock on its way to the groundwater well. These minerals are not necessarily harmful since the body needs them in addition to the trace amounts of iron and manganese which are also found in the water. However, there is a risk of bacterial contamination which can be potentially harmful to persons who drink tap water without boiling, filtering, or conditioning it. The water may also contain other hazardous minerals such as aluminum.

7 Ways to Tell You Have Hard Water in Your Home

They say knowledge is power, and so to solve a problem you have to first know there is one. Here are 7 ways to know hard water runs through your taps.

1. You're always stocking up on soap

A very simple and easy way to tell your water is hard is if you notice it takes more soap or detergent to create soapy bubbles or lather when taking a shower, doing dishes, or washing clothes. Whether it's dish soap, hand soap, bath soap, or laundry detergent, you can't seem to have enough in your storage cabinets. This is because soap reacts negatively with the minerals in hard water. While you can still use the water, you will need more soap to get the desired cleaning results. According to scientific findings, the additional soap used is not affected by the minerals. But you'll still be spending more on these cleaning products.

You need to be suspicious if your water smells funny or have an "off" taste. This is often a telltale sign that there is a water conditioning problem. Either the water is hard or it is contaminated with bacteria, substances, or sediments that shouldn't be there. The funky odor oozing to your nostrils could be one that is similar to the smell of rotten eggs. This is attributed to sulfates which form due to bacterial reaction with magnesium. Some residents also complain of the water smelling or tasting like grass, dirt, or mold. Actual dirt sediments in the water, algae, or corrosion found in old pipes can cause this odor. Algal blooms are said to be responsible for the grassy or moldy aftertaste. Last but not least, water with a nasty metallic taste could mean too much iron contaminants.

You may have tried every product on the market promising to get rid of soap scum on the sink, bathtub, shower, and shower curtain. Scum may also appear on your drinking glasses as a thin chalky film. If only you could figure out what's causing the scum build up. Well, the white stains or spots on the surfaces where the water touched is called soap scum. It forms from calcium deposits left behind when the water dries. The main reason is that hard water does not get along with soap. The calcium and magnesium ion in the water form dissolved salts which react with the sodium salt in soap to produce soap scum. This problem will have you cleaning surfaces more often and using more cleaning products than you wish to. How frustrating!

If you notice your glasses look cloudy even after a thorough washing, it's probably because they're being washed with hard water. While you're at it, you can blame the appearance of rusty brown or reddish-looking stains on your porcelain or ceramic utensils on the water too. The toilet bowl and bathtub are not usually spared either. These discolorations are due to iron oxides which can get into the water from old, corroded, rusty pipes at your home. The inner wall of your water heater system may be made of metal that can also corrode over time and lead to iron deposits in the water coming through the tap.

5. Clothes are not as clean as you expect

Hard water reduces the cleaning capacity of soap. For one, you will notice less soap bubbles compared to when soft water is used. For example, rainwater is soft because it is natural and doesn't contain all the minerals and contaminants of hard water. Therefore, it lathers readily and cleans clothing and other articles far better. Again, this happens because of how the water reacts with soap. The iron in the laundry water can also stain clothing making them appear dingy, shaggy, and worn. Whites may appear yellowish. Instead of the soap washing away the dirt, grease, and grime on the clothes, soap scum forms and builds up causing the discoloration. You may even need to use 2-4 times as much laundry detergent to achieve the same level of clean as when soft water is used. Note that iron in the water oxidizes to form rust when bleach is used. Your clothes may have a rusty discoloration instead of a cleaner clean.

6. You're not squeaky clean after a shower

When you shower or take a bath, you're doing so to wash away dirt, grease, and bacteria from the skin. It is also a relaxing and therapeutic time for those who like the sensation of water cascading across their skin. But then you dry your skin and notice a white dusty residue on various parts of your body or your skin feels slippery. This is added to the fact that it took a few minutes for you to work up a good lather. You may also notice that your hair is not as soft, silky, or manageable as before even though you got yourself the best brands of shampoo and conditioner. Skin conditions such as itchiness or eczema are also possible. What a bummer—thanks to the hard water.

7. Your pipes clog up

Hard water can cause serious plumbing problems. Think of the way plaque gradually builds up around the walls of an artery and narrows the passageway where the blood flows. Scale deposits inside the pipes and shower heads will build up over time and can eventually reduce the water pressure and flow. The accumulation of sediments is commonly seen in older pipes fabricated from steel or iron. This is one of the reasons why modern pipe systems are built using copper and PVC materials. Nevertheless, you'll probably end up needing to call in the plumber to correct the problem.

Water conditioning is a useful way of improving the quality of the water in your home. It can help to protect your family's health and reduce the sum of money spent on soap, soap scum products, and plumbing issues.

What is water conditioning?

People tend to use the terms "water conditioning" and "water softening" interchangeably, but they're not the same. Water conditioning is the process of flushing out the minerals that make the water "hard" in the first place. One major benefit is it stops the adverse reaction between the water and soap or detergent. Water softening involves adding salt to the water to replace the excess calcium and magnesium. It "softens" the water by replacing these minerals with sodium or potassium. However, the process can be more costly than conditioning. While conditioning does not soften the water, it removes the unwanted minerals and makes the water more household friendly. Here are some common ways homeowners treat their water to make it better for use: 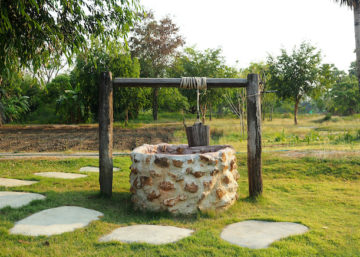 Life in the hill country has its own set of distinct luxuries compared to city...

We Have THE SECRET to more beautiful hair and skinAlamo Water SoftenersJanuary 9, 2020January 25, 2020 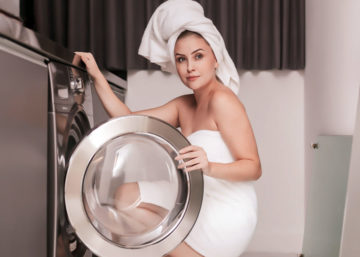 January 9, 2020January 25, 2020|BY Alamo Water SoftenersWe Have THE SECRET to more beautiful hair and skin

We’d Love to Hear From You!
Follow US
Recent Posts
Categories